For more than 35 years, Robin Harrison’s practice has focused on representing both plaintiffs and defendants in trials and arbitrations in venues from Cuero, Texas to Paris, France. He has extensive experience handling cases involving breach of fiduciary duties, breach of contract, misappropriation of trade secrets, fraud and misrepresentation, and professional liability disputes. He has assisted numerous clients in several different industries, including construction, oil and gas, banking and investments, computer software development, industrial and consumer product manufacturing, and real estate.

Mr. Harrison is Board Certified in Civil Trial Law by the Texas Board of Legal Specialization. His commitment to excellence has earned him an AV® Preeminent™ Rating from Martindale-Hubbell®, recognition by Thomson Reuters every year since 2004, by inclusion on their “Texas Super Lawyers” listing, as published in Texas Monthly Magazine and recognition as a “Leading Individual in Texas Litigation” by Chambers and Partners Publishing. In addition, the National Trial Lawyers Association has selected him as a member of the Top 100 Trial Lawyers.

The prestigious Chambers USA has named Mr. Harrison among the top commercial trial lawyers in Texas for several years. Chambers’ most recent publication described Mr. Harrison as, “terrific,” “very effective in the courtroom” and “a strong choice to handle high-stakes commercial disputes, including intellectual property and breach of contract lawsuits.”

Mr. Harrison is a member of the Texas Association of Civil Trial and Appellate Specialists, as well as the American Board of Trial Advocates. He is admitted to practice in all Texas state courts, the Federal District Courts for the Southern and Northern Districts of Texas, and the Fifth and Tenth Circuit Courts of Appeals. He maintains memberships in a host of professional organizations, including the Texas Bar Association, the American Bar Association, and the Houston Bar Association, at which he served as a Director of the Litigation Section from 1997 to 2001. He is also a member of the Houston Trial Lawyers Association, where he was director from 2002 to 2004.

Mr. Harrison is a graduate of the University of Michigan, earning his Bachelor of Arts degree in economics with high honors in 1978 and his Juris Doctorate degree in 1981. After graduating from law school, he joined one of Houston's top law firms, and then moved to the premier litigation firm, Miller Keeton Bristow & Brown, where he became partner in 1987. He went on to found Campbell Harrison & Dagley L.L.P. in 1991 where he practiced until 2016, when he joined the team at Hicks Thomas LLP. 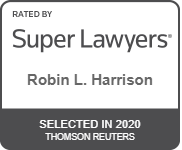 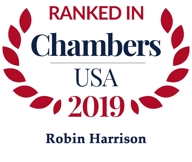