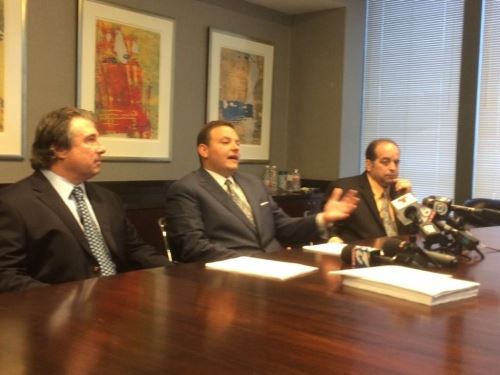 Hicks Thomas LLP has filed a lawsuit against the City of Houston to compel the release of documents and communications regarding its new recycling contract. The lawsuit was filed on behalf of EcoHub, LLC, a Houston-based recycling company, in order to seek access to public records that may reveal why city officials rejected EcoHub’s “One Bin for All” recycling program after it was selected by a previous administration in favor of a less effective and substantially more expensive program.

In 2015, EcoHub’s innovative one-bin recycling plan was chosen by city officials in response to Former Mayor Annise Parker’s call for proposals that would promote sustainability, public engagement, and solutions for recycling virtually all household waste. Under EcoHub’s “One Bin for All” program, waste and recyclables would have been collected in a single bin and separated at a later time in a yet-to-be-built facility. After opting for the innovative one-bin concept, the city was awarded a $1 million grant from Bloomberg Philanthropies.

Despite the selection and grant, the City of Houston launched a new round of proposal requests in the fall of 2016. In July, Mayor Sylvester Turner announced his recommendation for the Houston City Council to approve a 15-year contract with a foreign company, FCC Environmental, for $48 million. The new plan is a more conventional waste management program, and is slated to be less effective than the one-bin plan. It would also cost the city of Houston roughly 350% more than the bid submitted by EcoHub.

In the lawsuit, we call attention to requests for answers made by EcoHub and its consultants that have fallen on deaf ears. In response to requests as to why its proposal was rejected, and whether the rejection constitutes unlawful exclusion in the bidding process, the city has cited attorney-client privilege and has refused to release documents and communications related to its recycling program, bidding process, and contract.

We believe the lawsuit is a reasonable means to request the court’s action in compelling the City of Houston to provide records that fall under the Texas Public Information Act.

The filing has already begun to generate extensive media attention, not only for its intent to protect a local business’ right to information, but also because the new plan deviates from a broad public health and safety initiative that would have put Houston at the forefront of civic sustainability and responsible recycling practices. According to EcoHub CEO George Gitschel, the “One Bin for All” program utilized an innovative system that essentially refines waste into new products. This would have led to the elimination of landfills, which pose threats to public safety and the environment, and provide the city with substantial economic benefits. Discovering the truth behind the city’s rejection is in the public’s best interests.