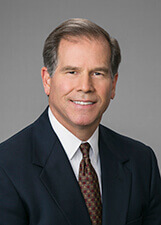 A Houston court decided to reverse the decision of a lower court, effectively reversing a land dispute judgment worth $50 million regarding Katy Pin Oak Hospital in Katy, Texas. The reversal followed a ruling by the 14th Court of Appeals that determined unsubstantiated liability theories might have been responsible for the original, $50 million judgment. The appeal of the case was led by Robin L. Harrison of Hicks Thomas LLP.

Before the Court of Appeals ordered a new trial, the 61st District Court in Harris County decided in favor of Pankaj Shah, who invested in Apex Katy Physicians LLC. Apex acted as landlord for a project involving Katy Pin Oak Hospital.

Mr. Shah filed wrongdoing claims against the hospital owners and the consulting group that set up the original deal, Turnaround Management Group. In the appeal, Turnaround (represented by Hicks Thomas LLP) argued that the $50 million judgment wasn’t supported by evidence in trial. The court agreed and reversed the original decision.

“I think the outcome will be much better the second time around, if there is a second trial,” Mr. Harrison commented, adding that “To get a large punitive damages award in a non-jury trial is unusual and, in this case we believe, entirely unwarranted.”

This case may be the first instance of a state appeals court using Crown Life Insurance Co. v. Casteel in a bench trial, a landmark Texas Supreme Court ruling from 2000 that reversed a jury verdict because it was also based on an unsound theory of liability.