It has been said that helping others is its own reward, and Stewart Hoffer would definitely agree. Over the years, Stewart has found that one of the most rewarding aspects of being an attorney is seeing the positive impact his work has had for the people and companies he represents. Stewart knows that the outcome of a case affects real people. Sure, winning a case feels good, but for Stewart, the greatest satisfaction comes from knowing that his help allows his clients to focus on what is most important to them – growing their business or their career.

Stewart’s dedication to helping others is not limited to clients; it has literally saved his neighbors’ lives in the aftermath of Hurricane Harvey. Just after the hurricane passed through Bellaire (a Houston suburb), Stewart saw the floodwaters pouring into the homes of his neighbors. An avid kayak fisherman, Stewart and a neighbor jumped into their kayaks and took to the water to provide aid, saving 12 people and several pets. Stewart’s experience was recently chronicled in Vogue Magazine.

Mr. Hoffer has appeared as lead counsel for numerous publicly traded and privately held companies in courts all over the country including:

Before joining Hicks Thomas LLP, Stewart served a two-year Federal Judicial Clerkship for Hon. Hayden W. Head, Jr., the former Chief Judge of the United States District Court for the Southern District of Texas. Stewart is also Board Certified in Civil Trial Law by the Texas Board of Legal Specialization, AV-rated by Martindale-Hubbell peer rating organization, and a Texas Super Lawyer, having been included on the peer-reviewed list of top lawyers in a state in every year since the list has been published-- a total of sixteen consecutive years.

Stewart’s clients report that he is a formidable, tenacious opponent to opposing litigants, either in the courtroom or the negotiating table. It is just one of the many reasons Stewart has been, for many of his clients, their "go-to" resource for more than a decade. They know Stewart will give them timely and wise counsel, in a cost-effective and trustworthy manner, so that they can make important decisions about their business or career. And if the dispute cannot be resolved before trial, and a trial is the only way to resolve a dispute, clients know that Stewart will work tirelessly to protect his client’s best interests. 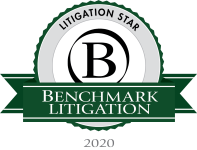 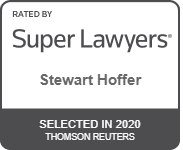