Stephen M. Loftin is a founding member of Hicks Thomas LLP who began his legal career in a large, international law firm. Over the last 30 years, Mr. Loftin’s practice has focused on a wide range of business litigation and personal injury litigation, both on the plaintiff and defense side of the bar. This broad range of experience allows Mr. Loftin to bring a unique perspective to clients no matter on which side of the dispute they may find themselves.

Mr. Loftin has extensive experience in handling cases involving breach of fiduciary duties, breach of contract, misappropriation of trade secrets, toxic tort claims, insurance coverage matters, and personal injury claims. He has represented clients in several different industries, including oil and gas, securities and investments, and product manufacturing. Mr. Loftin is also often called upon to serve as an expert witness regarding the recovery of attorneys’ fees.

Mr. Loftin has been a long standing member of the “Texas Super Lawyers” listing, as published in Texas Monthly Magazine as well as a member of the American Board of Trial Advocates. He is also a life fellow of the Texas Bar Foundation and the Houston Bar Foundation. Mr. Loftin is admitted to practice in all Texas state courts, the Federal District Courts for the Southern, Northern, Eastern, and Western Districts of Texas, and the Fifth and Eleventh Circuit Courts of Appeals, as well as Oklahoma state courts.

Mr. Loftin is a graduate of the University of Texas, earning a Bachelor of Arts degree in economics in 1984. After graduation, he worked as a commercial real estate broker and mortgage banker before choosing to attend law school. He earned his Juris Doctorate degree, with honors, from the University of Houston Law Center in 1990.

Loftin was lead trial counsel for defendants in trade secret and breach of contract claims arising out of alleged misuse of confidential information related to design of frac sand storage and transportation containers. Claims involved competing patentees claims to origin of design of frac sand containers and related equipment, and scope of and enforceability of contractual limitations on use of publicly available information.

Loftin was the lead trial counsel for plaintiffs in a medical malpractice suit against a hospitals neurologist and neurosurgeon. This suit arose as a result of death from hydrocephalus which was diagnosed but not treated. This two week trial against the neurosurgeon involved many complexities associated with neuroscience. Despite the complications, Loftin obtained one of the largest judgments in a medical malpractice case that Harris County has seen in recent years.

Representation of client in cooperation with its insurer to jointly enforce an indemnity agreement between client and one of its manufacturer/suppliers, seeking among other things the recovery of defense costs incurred in connection with several underlying personal injury and groundwater contamination cases related to the use of the related product.

Loftin served as the lead trial counsel for a pipeline company in dispute over alleged inability to provide sufficient natural gas for the customer due to force majeure. He obtained findings that the pipeline's allocation of limited supply was reasonable despite plaintiff's firm commitment for gas. Loftin successfully affirmed this case after a successful appeal.

Loftin represented a railroad company in numerous service interruption lawsuits in state and federal courts arising out of a merger with Southern Pacific Railroad. He was successful in resolving all claims satisfactory to the client, including his service as lead trial counsel in state and court cases where he defended fraud and breach of contract claims. He successfully defeated the fraud claim in a ten-day trial. On a subsequent appeal, Loftin obtained a take-nothing judgment on all claims. Subsequently he obtained a pretrial dismissal of a separate federal court lawsuit alleging claims of negligent misrepresentation and breach of contract.

Loftin was the trial counsel for Siemens and defended claims that arose from damage to gas powered electrical generators that occurred in transit from manufacturing facility in Korea. Some of the issues included applicability of international shipping (INCO) terms, risk of loss terms, apportionment of insurance obligations, and force majeure provisions.

Loftin represented asbestos product manufacturers and distributors in hundreds of cases pending in Texas. He tried two cases to verdict in East Texas and obtained no liability findings for the clients in both cases.

Loftin represented asbestos distributor in hundreds of cases pending throughout Texas and in Texas MDL proceedings. 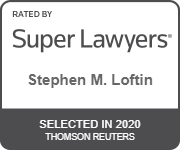 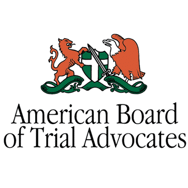