Paul Mitchell is an experienced trial lawyer with a diverse litigation practice. He focuses primarily on representing companies in the energy sector in commercial litigation, arbitration, corporate investigations, and similar matters, but has also handled a wide range of contested matters. For two decades prior to joining Hicks Thomas, Mr. Mitchell was a partner at two of the oldest and most respected law firms in Texas, and he brings that big-firm experience to his work for clients at Hicks Thomas.

Mr. Mitchell has extensive experience in both state and federal courts, including oil and gas (upstream, midstream, and downstream), general commercial, construction, real estate, employment, copyright, and trademark litigation. He has prosecuted and defended cases involving claims of breach of contract, tortious interference, fraud, breach of fiduciary duty, covenants not to compete, executive compensation agreements, copyright and trademark infringement, among other matters. 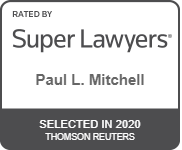